Now the command performance was truly a sight to behold. Not only was the hall full to capacity, there weren't enough seats to seat all attendees. How this was possible for a show that had 320 tickets available for the 320 seats in the hall is a question that as yet remains unanswered but luckily for the extras, some people either didn't show up or had to leave early.

The performance itself went up by leaps and bounds that day with new costumes, new actors, extra lighting, and the performers themselves having matured in their roles after two shows. So not only was it more vibrant and better presented, it was even more skilfully acted. Still, what separates a command performance from the rest besides the level of performance is also the fanfare that goes along with it - and this command performance had it's fair share of that.

To start with, it was the only show that had an official master of ceremony Mr. Toyin Akinosho. Once he had concluded his opening speech, he gave the mic up to the various endorsers of the show. The Sickle Cell Foundation, the Comittee of Relevant Arts (C.O.R.A), and he again spoke for Poets, Essaysists, and Novelists International (P.E.N), before the main show kicked off.

Some speeches were long and some were brief, but as with all great shows, all was forgotten once the curtains were drawn.

This poem by my mother presents an imaginative perspective on life. Where each decision made is a move played. A game where the odds are finite but indeterminate. Not quite like chess, but more like a game machine. A game machine of life.

I loved the presentation of this poem because the cultural dances being performed as the backdrop to the literary musings of Paul Alumona and Omowunmi Dada looked just like a game machine in play. So as they jumped in and out of the dance to speak, it seemed they were both playing the game of life and stepping out of it to tell us their thoughts! And the game went on whether or not they went on with it.

Now my take on it may be a bit deeper than it actually was or a bit shallower than it was intended, but that's the way it seemed to me and I think that this interpretation made it all the more enjoyable to watch. 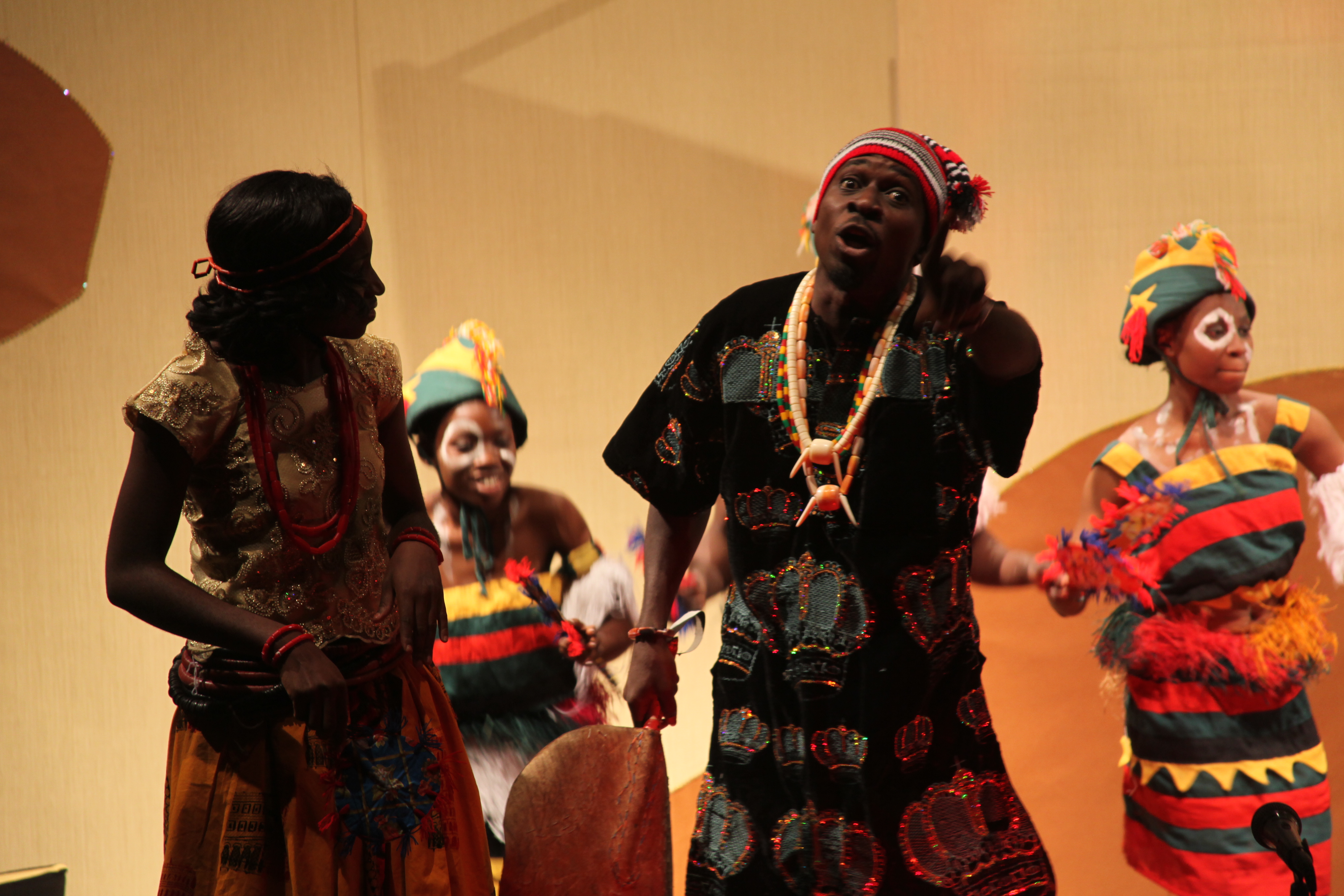 Listening to this poem made me strongly suspect that whatever "divine moments" my mother was recalling may have been strongly linked to the moment my brother or myself were conceived or attempts thereof. As my mind refuses to postulate further, I will not profer to know what exactly this poem talks about, only that you must read it yourself to understand.

The presentation of this poem was by far the most visually appealing in my opinion. Really because the traditional Calabar costumes were superb! and the dancers really looked on point. The interplay between Tom Godwin and Jennifer Osammor was also quite nice to watch but the costumes, the costumes!

Again, I have no idea what these "divine moments" are about and neither do I really want to know the details. Beyond the fact that they were divine to my mother and they looked divine on stage, there is no need for further analysis. LOL! 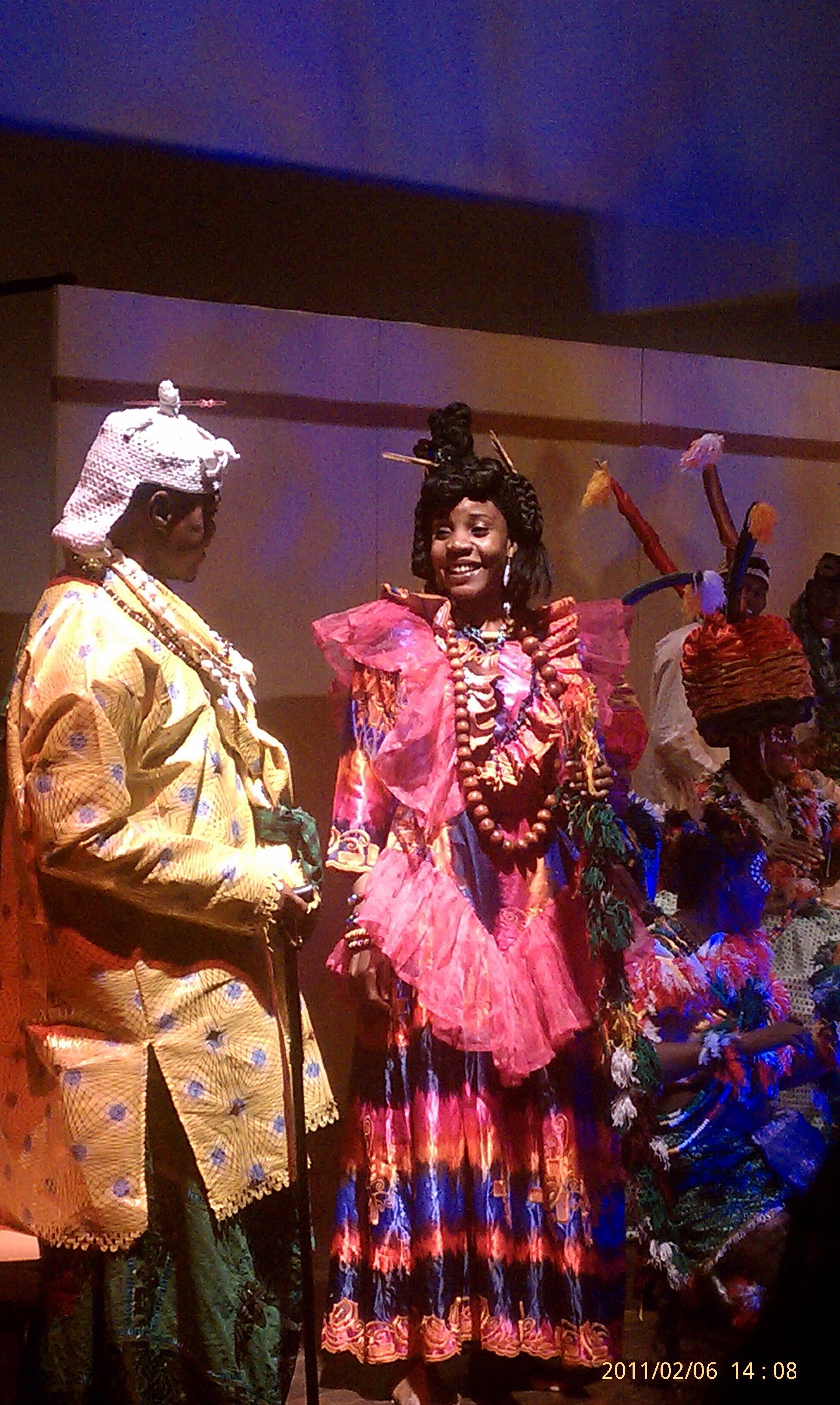 Like my mother's poem "The Game Machine", "Life is..." is an imaginative exploration of a perspective on life. It explores the interdependent relationship between time, life and human beings. It proposes the view that as we determine what we do with our time, we also determine what we do with our lives and in doing so forfeit control of our lives to the whims of time and yet... such is life that we have no choice but to live it this way.

The poem was dramatised as the philosophical musings of a wise oba and his wife. This makes it quite convincing as the poem itself is by turns cryptic and insightful often employing a play on the subject, object relationship of time and life as words within a sentence and thus reflecting their interdependence. The oba and his wife were resplendent in their golden attire and the subjects added even more colour to the whole affair.

What surprises me most about this poem is that I wrote it at the age of 12. A poem that fit so well as the musings of a wise old man was written by a 12 year old child. I don't say this to toot my own horn, I say this because I myself am genuinely amazed by it. It is no wonder as I heard later that some of the attendees who had read the book expected me to be a much older man. I cannot blame them. After having read and watched this poem, I expect me to be a much older man as well. 🙂 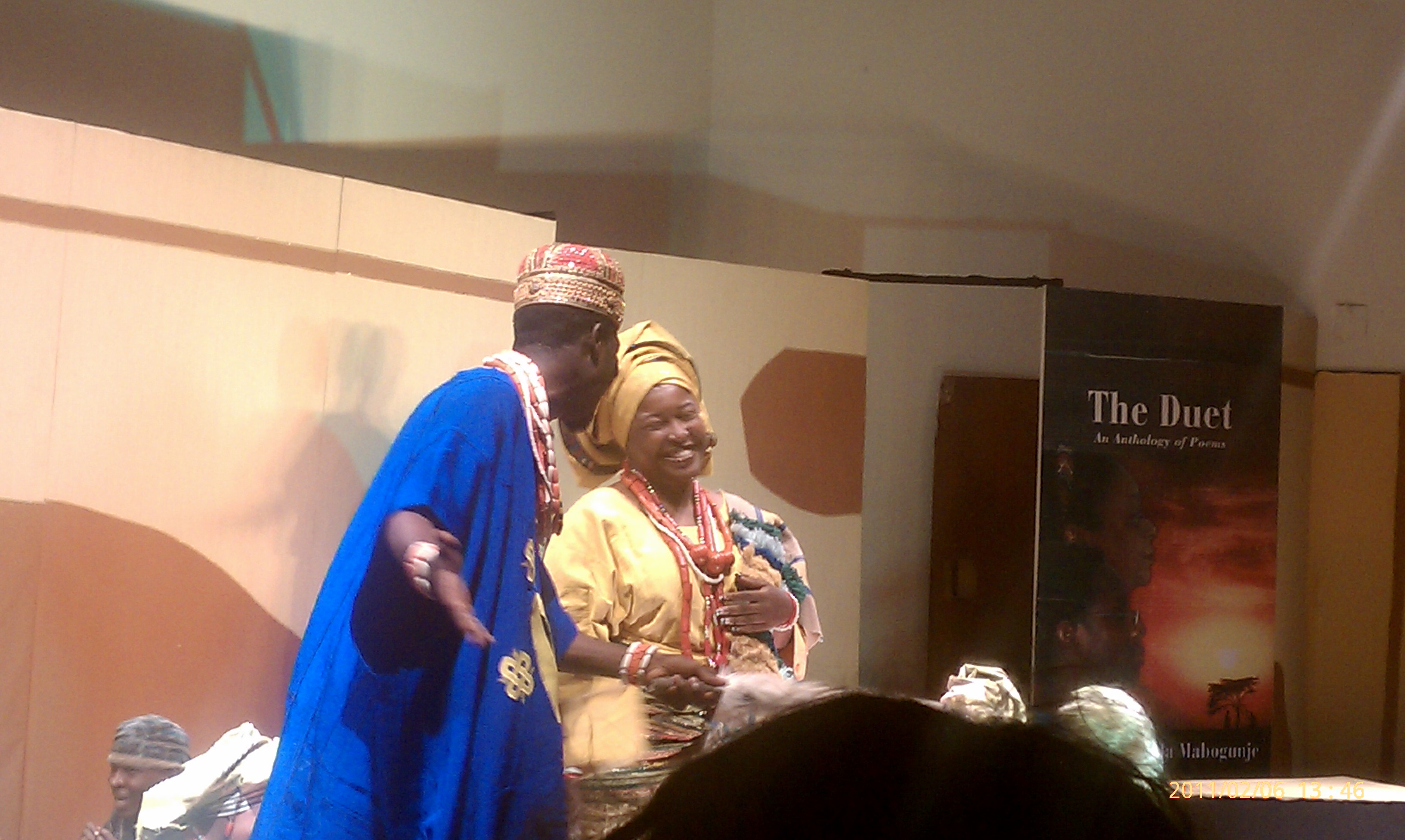 "An Easter Thought" is one of my proudest poetic accomplishments. I am a devout Christian, and while I may not go to church every Sunday I have always felt that my work should give glory to God. An Easter Thought was my first successful attempt at doing so - and, it was written on Easter Sunday 🙂

This was another magnificent delivery by Jeniffer Osammor. It had some members of the audience saying silent prayers and giving thanks to God. The scene was as in a church, with a choir, and with Jeniffer playing the pastor delivering his sermon that was my poem.

As a member of the audience/congregation, I could not help but be proud of the poem I had written. It really could be a sermon on the mount! or at least so Jeniffer led us to believe. With this final touch, the Dramatisation of the Duet could truly say it had presented something for everyone. 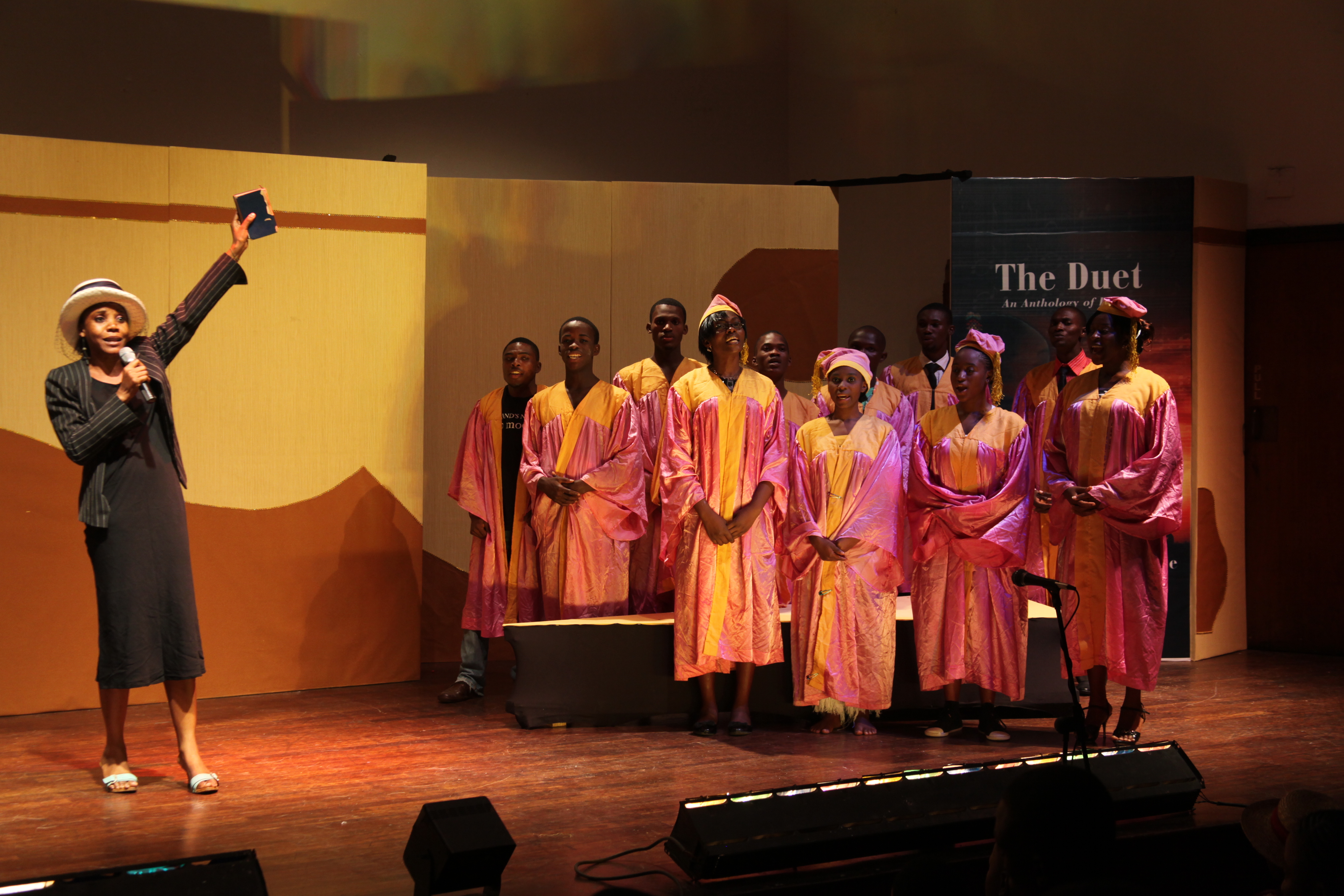