We were quite worried about the attendance of the Saturday evening show as tickets for the show had not sold well and the prior scheduling and the cancelling of the Eyo festival by Lagos state for the same day had ensured there would be some confusion amongst potential attendees. So we were pleasantly surprised when well over 100 people showed up and bought tickets at the door - many of which were close or distant relatives and friends of the family.

So for the first live test on adults, the Saturday evening show was even more successful than anticipated. Plus we the authors got to see a few slight improvements that the crew had made to the show based on the reactions of their prior student audience.

Moment of Silence is another masterfully composed scene by William Ekpo and it forms the 9th scene of the show although it's last poem "[An Easter thought](/command-performance#An Easter Thought)" does fall slightly out of place and will be treated separately later on in this edition.

Besides the aforementioned poem there are another 3 poems in the scene, all of which were written by my mother and deal with the topics of life and love. Silence, Serenity, and Love's Cycle talk about the trials of love and hope for the future in a way that is quite difficult to articulate. Yet the actress Jennifer Osammor does a magnificent job at not just articulating them, but also at acting them out on stage.

So good was she that my father has named her to be his favourite actor of the whole show for her masterful presentation of those very difficult poems. Not to mention her perfect diction that carried well across the Agip Recital Hall. 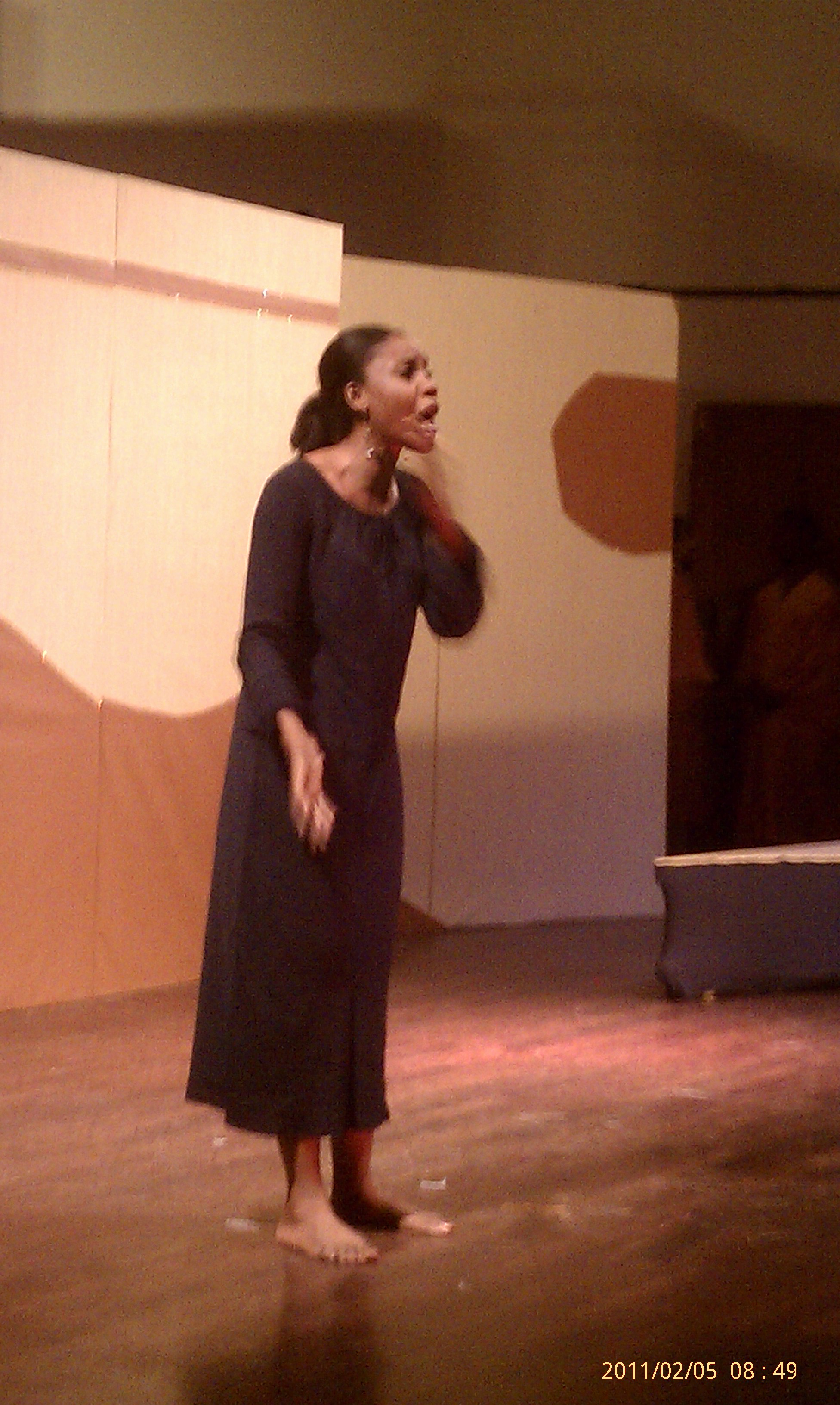 The drummers interlude was truly a pleasant surprise as it was something I had neither expected nor had the opportunity to see at the rehearsals. It must have been created by the cast and crew as an intermediary performance to entertain the audience while they changed costumes.

The performers were multiple, playing everything from the drums to the gong but one could not fail to be impressed by the skillful drumming of Banji Okelola - the main man on the drums, and entranced by the seemingly happy go lucky shekere player - Tunde Jayeola - who was somehow able to keep the rhythm as he bounced playfully on the stage all the while shaking his two shekere to the beat.

I really have no idea how long or short the drummers interlude was but I was thoroughly entertained by it and I'm sure the rest of the audience was too. It is definitely as deserving of mention as the rest of the poems in motion are themselves. 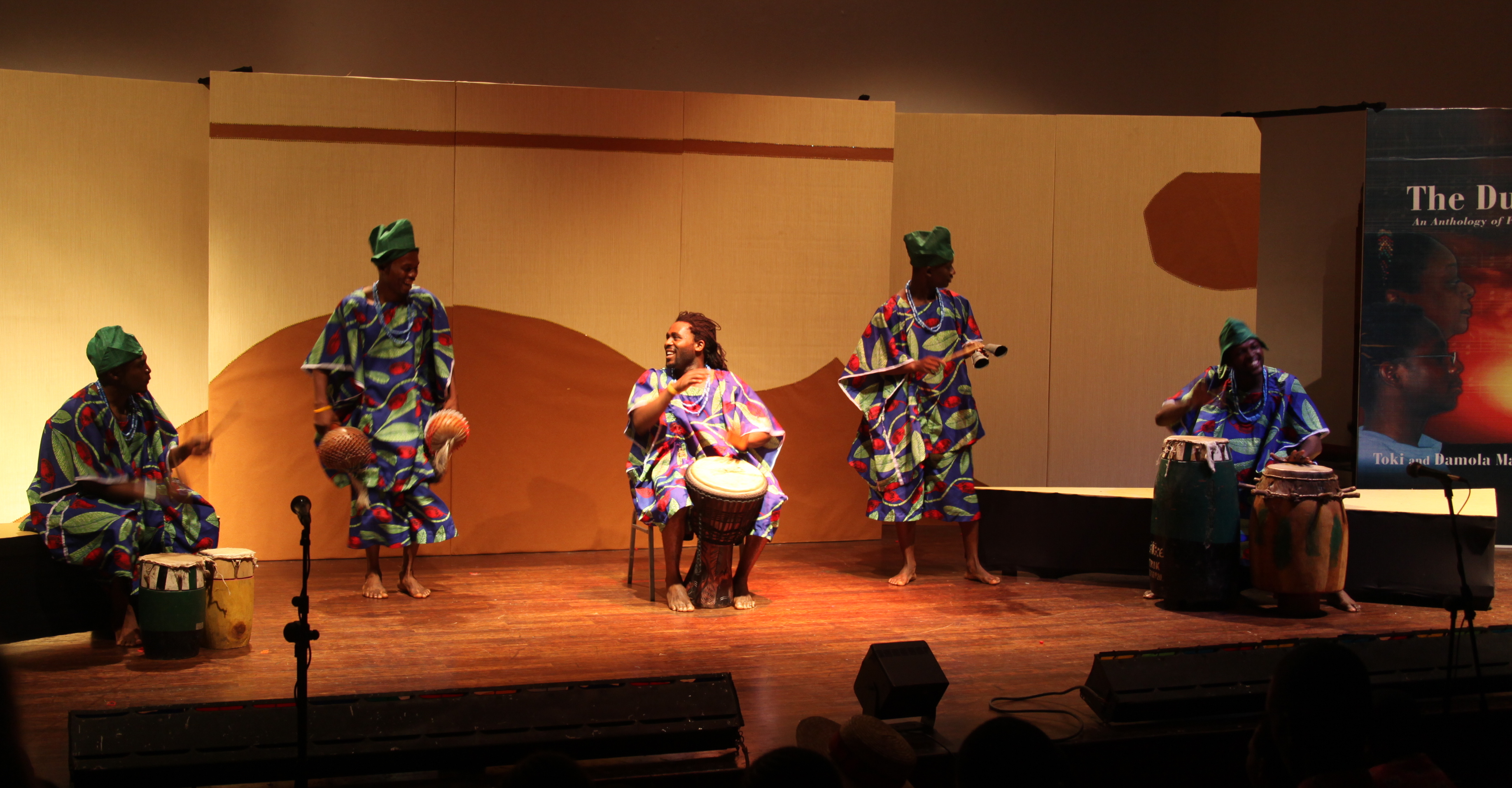 This poem by my mother is one that makes me wonder what she was going through at the time of its writing. It has quite a simple rhyme scheme and presentation yet by the time one finishes reading it one wonders: "Okay, how bad must things have been?"

Its dramatic rendition however was the second surprise of the show for me as it was also sung. Sung in a way the made it seem more hopeful than despairing. The last verse of the poem was also used to form a chorus as in -"Consolidating the Vision" and it was the way this was used that made it seem like it was at once a lament and hopeful cry for help: "Where can you go to seek solace and a warm and loving hug?"

This unexpected rendition made the poem so totally unrecognisable to me that I had almost mistaken it for an interlude much like the [#Drummers](drummers act). Even its writer my mother failed to recognise it until about halfway through it's rendition. Indeed, I am not quite sure whether to praise the ingenuity of the approach, or be critical of what I feel was lost of the despair that this poem communicates when read. 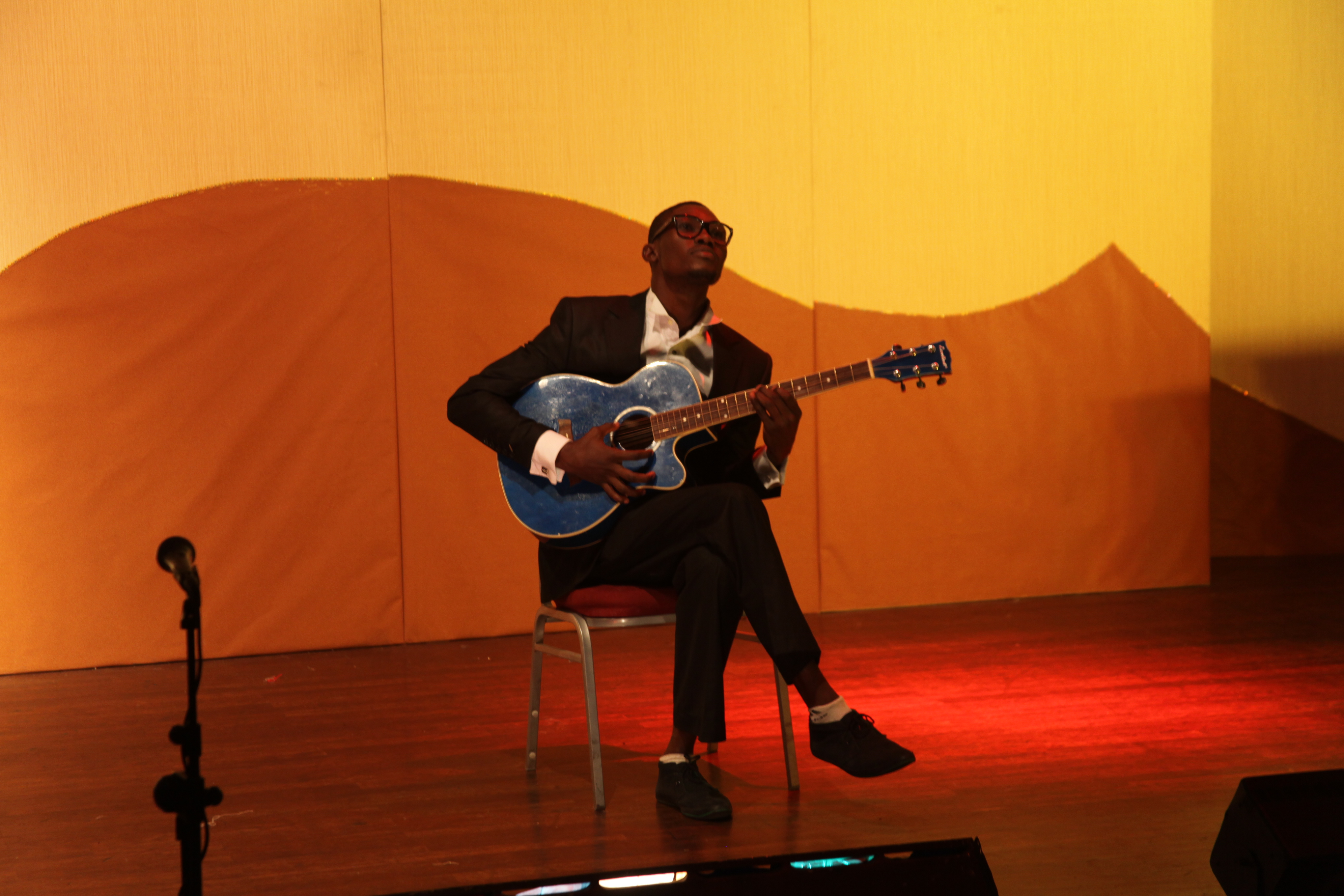 I wrote this poem as a tribute to our various muses as artists. It calls for us to remember fondly those things that inspire us to create. Both the good and the bad, and in doing so remember the lessons learnt from the experience.

Inspiration was the third and last of the sung poems and was performed towards the end of the show. It was sung alternately in solos, in duos, and finally in chorus by four of the singers using their beautiful voices of alto and tenor. The song was quite pleasing to the ears, and the overall experience was very pleasant.

Much like "Despair" however, I am still not entirely sure what to think of it. As the writer, while I thoroughly enjoyed it and I'm sure others did too (which is ultimately what matters most), I can't help but feel the wonderful voices overpowered the message of the poem. Perhaps these are just the gripes of the artiste in me because really and truly, how often do we pay attention to the lyrics of the songs we listen to? 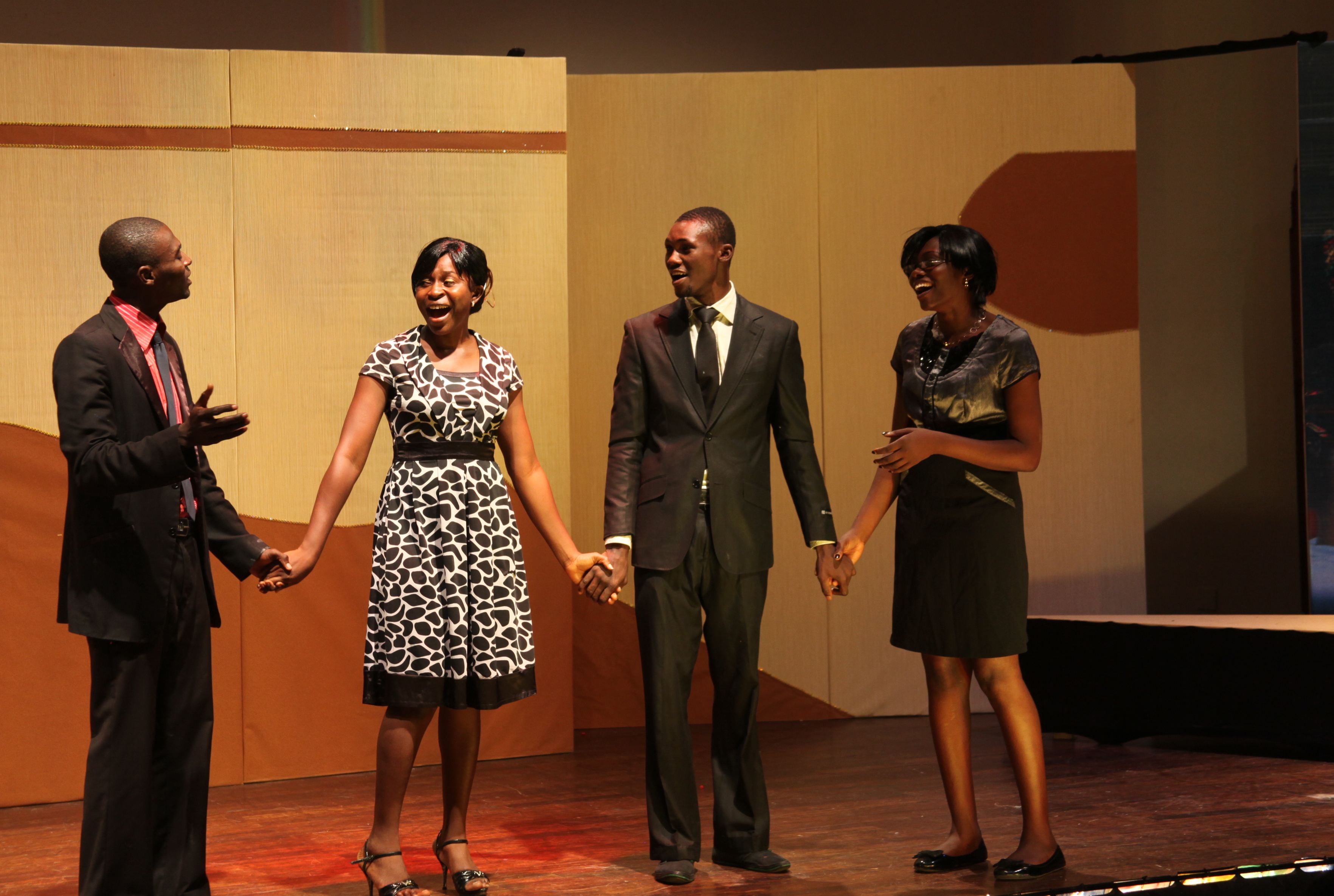