Now let's talk about the Desktop... Or rather, desktops. You see the Macbook has this feature called Spaces, it also has Expose, Dashboard, and something called Spotlight. Between these 4, making your way around the computer quickly, easily, and effectively, is a simple task. That is, if you use all the tools at your disposal. So lets start with spaces. Spaces = Workspaces = Desktops**. Makes sense? It soon will if it doesn't.

A "space" is essentially a virtual desktop. This does not mean that it is not your actual desktop... It is. Confused? Well consider this. Your desktop is just a space for windows to appear on right? Now, what if your desktop was a space on which other spaces for windows appeared, and therefore rather than switching windows on your desktop, you would be switching spaces containing windows. What would you call those spaces? Right. Virtual Desktops... or Workspaces, or just... Spaces. You could decide to have 1 space, or you could have several. Its like having multiple screens except each screen is showing something different.

Moving on, let's talk about the Dashboard. The dashboard is so named, because unlike spaces which took a simple equation (lol), the people at Apple want every user to instantly realise its significance (just my theory). Like a car or a jet or a helicopter dashboard, the Macbook dashboard gives you a quick way to glance at the most pressing information. In vehicles it's speed, fuel, engine temperature, e.t.c. In a computer, well, it depends on who is using it. So rather than mimic a normal dashboard, which has a specific number and type of displays, the computer does one better. It gives you none. That is no fixed type, and no fixed number. What you get, is just a space, and a magnitude of widgets to put on it. Widgets like post-it's, calendars, clocks, dictionaries, address books... I could go on, but like I said - it's a magnitude. And if there is no widget for what you consider the most important already provided, you can always download one from the free online widget library. Which by a quick glance, I can see has 2000+ widgets available.

Next is Expose. The job of expose is to expose your windows. It is essentially a window manager. Thus it allows you to do things like view all windows on-screen (useful if you have many windows open), hide all windows (for a view of the desktop), show only the windows of a specific application ( like your many chat windows), and so on. It is also customisable. So all the actions I have mentioned can be assigned to keyboard shortcuts if you prefer.

Finally, we have Spotlight. Remember all those wasted minutes spent looking for "that file" in - "some folder" somewhere? Or even - that program... missing from the start menu? Well Spotlight is the Mac's solution to that. Spotlight is an "intelligent application launcher and search" With a simple 2-key press (Command+Space) you pull up the omega of search bars (Google search holds the alpha spot). Type a few letters into the search bar, and more often than not, what you're looking for will be one of the top 3 items in the list. If it isn't, then it soon will be, because the more you search, the more accurate your results.

So... Spotlight opens your files and apps for you, while Expose gets you around your open windows. Now when you have too many windows open, Spaces helps keep them organised, making sure your screen remains uncluttered. And for all those important little details which you only need to glance at periodically, Dashboard is at your service. 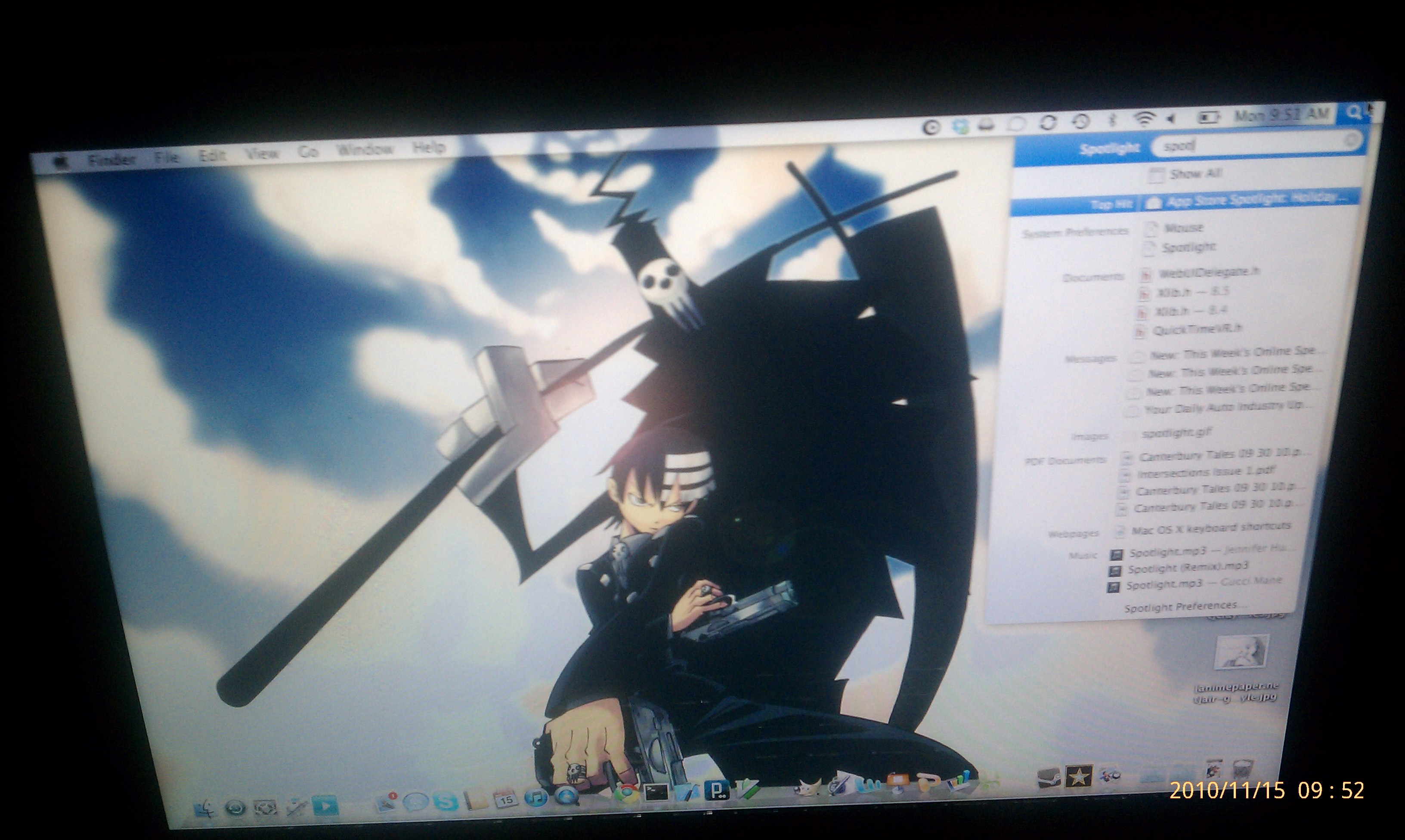 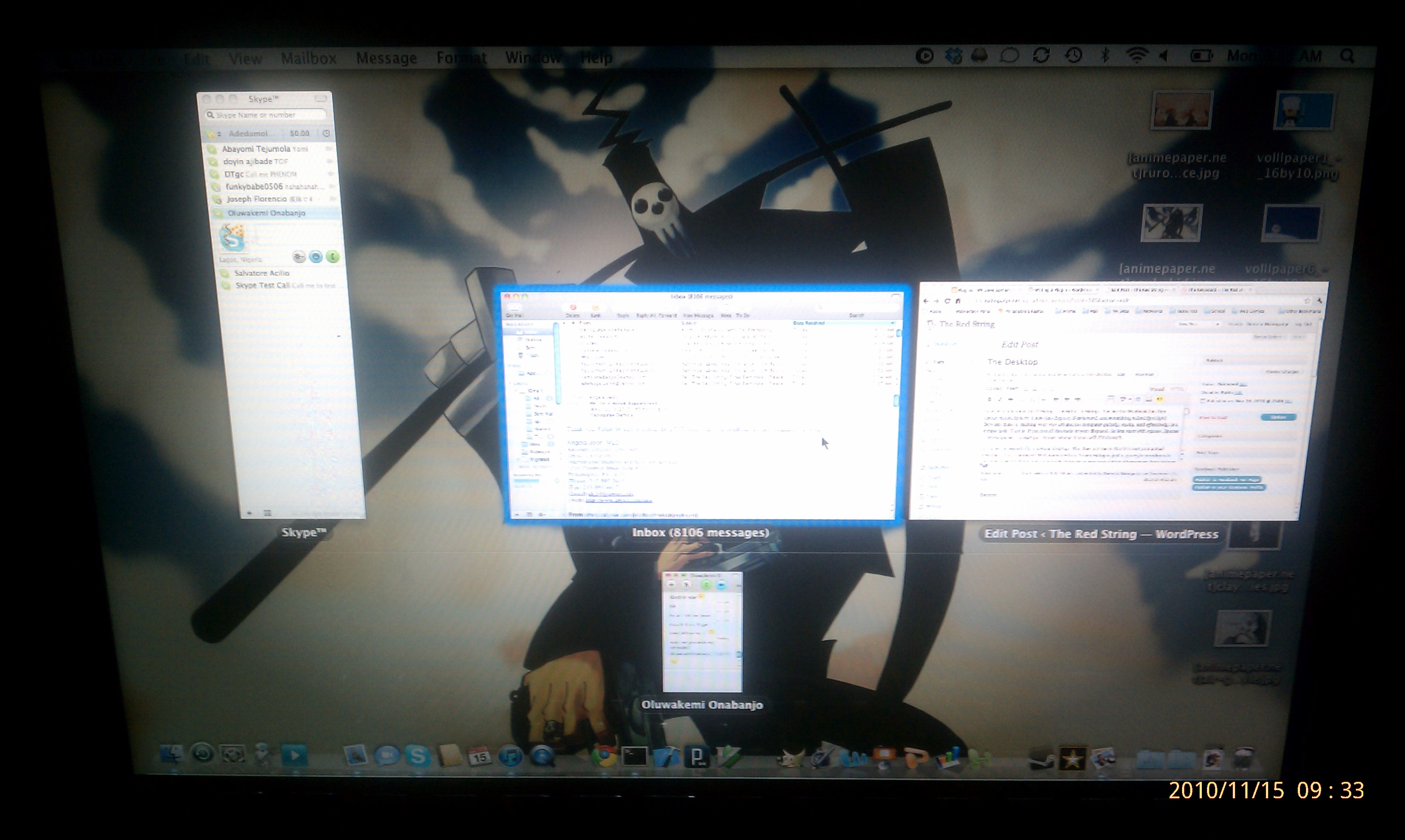