Happy New Year Everyone! I hope you had a wonderful 2014, and are supercharged and excited for this new year. This wonderful new year of 2015. Because I'm not. I'm not excited about 2015... and to be honest with you, I'm also not quite sure why.

Additionally, I'm not sure at all what this article I'm typing up now is going to be about, and I'm worried that I might end up writing things that will make you worry about me... because I'm worried about me too. I'm concerned about my procrastination (read laziness), and I'm really only writing now, because the only thing I am indeed sure of... is that I want, nay, need, to write!

You see 2014 had a very turbulent mid-section for me... and the effects of that turbulence are still reverberating through my core. Experiences at work forced me to challenge my perception of myself as "open-minded", and a "lone-wolf;" a brief manic episode forced me to challenge my projection of myself as "cool, calm, and collected;" and a growing preference for isolation has me questioning whether I am even extraverted at all - and if so, why is it that sometimes, the last thing I want to do is deal with people. (This past Christmas and New Year's, being a case in point).

I've had so many experiences over the past year that I've wanted to write about! So many things that I've needed to rationalize and try to come to terms with, and so many things that I believe deserve more than just a passing mention in this article where that is about all they're gonna get. Can you picture me having a brief manic episode!? Can you imagine what it's like to come out of some craziness, and yet still remember how "rational", all that craziness was!? Did you know, that I HATE being vulnerable, and I'm deathly afraid of taking risks that might expose my weaknesses!? These are just some of the realizations I came to last year.

Sometimes I lie awake at night, just simulating risky decisions: whether to be vulnerable, whether to be straightforward, possible outcomes, possible choices, alternate methods... how to say... when to say... what to say - how to write, when to write, what to write, and playing them through in my head over and over and over like a broken record. I also often spend these same nights reflecting on the outcomes of such past decisions, past failures, and looking for what lessons I can take from them. 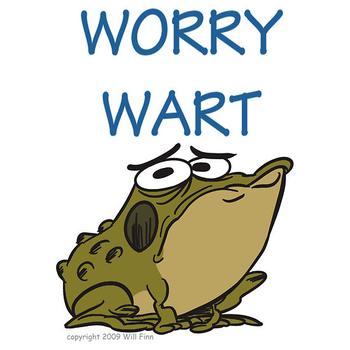 Yet it is also why I find it hard to whole-heartedly believe in myself. Because what I see in the mirror, is a coward. Perpetually scared to make the "right" decision. Because the "right" decision to me is almost always the riskiest, certainly always the scariest, and moreover, might end up in even worse outcomes - as it has on a few occasions already...

And so I write, because I'm too afraid to have this conversation with anybody, but I believe I need to say it to everybody; and so I listen, because I'm afraid of what you'll think of my insecurities, but I believe in you, and I believe in supporting you (and sometimes, listening, helps to build my courage to share); and so I "counsel", because for every "wrong" decision I've made, I've spent countless hours replaying them, simulating them, thinking about what I could have done better: just as I did the first time around - and I hope that this knowledge will do someone some good.

So basically, what I'm saying to you people, is that in 2014, I learnt that I am spectacular at being wrong because I have the right beliefs. LOL. And that going forward, not only do I need to get more comfortable with being wrong, I also need to confess to it, and stop blaming myself, because life... is all about being wrong, and being weak, and being vulnerable:- and with that, I leave you with this.