The students' matinee was already booked almost to capacity more than a month before the actual showing by schools wishing to have their students attend. Including two of my almae matres: Corona School and Atlantic Hall. Other schools I recognised to be present were Green Springs and the Lawson family of schools. The students all came with teachers in tow, and some with parents in tow - likely attending the show independent of their respective schools.

Now the great thing about the matinee for me was that children are a very responsive set of individuals. So it was great to watch their reactions. Their reactions to the My Heart Says Yes scene and to Consolidating the Vision were particularly entertaining to behold. In fact, I think I laughed a lot more during the matinee than any other show because of these.

So the matinee acted as sort of a beta test, and the results were splendid. It was particularly gratifying to get the responses I got from the students of Atlantic Hall and Corona. I'll tell you a bit more about that later but talk about a swollen ego! I can tell you I definitely had one after seeing the looks in their eyes and hearing what they had to say - Both teachers and students alike!

I wrote this poem as a student in Atlantic Hall for a Founder's day competition and won. It is essentially a poem about Atlantic Hall striving to achieve its goals and succeeding. Personally, every time I read this poem I smirk because I think there is no more effective way to kiss your schools butt. That said, I did enjoy my time in Atlantic Hall and for all the smirking and laughing I may do at my glorified butt kiss of a poem, I do not regret writing it for one second.

The dramatic rendition of the poem was even more flattering than the poem itself as it was sung by Ejike Anike whose voice is a pleasure to listen to. The last verse of the poem was turned into the song's chorus and if you have had the pleasure of reading this poem, you know how laudatory it is. My kudos go to the music director Mr. Babs Danlami for this masterful creation.

As you can imagine, this poem caused several of the Atlantic Hall students and a few teachers to give standing ovations after it was over and the aftermath didn't stop there. The entire student and teacher bodies of at least 3 schools came up to the stage after the show, to shake hands and give compliments. Two literarily inclined female Corona students even went a step further by accosting me in the lobby to inquire as to why I never wrote a poem about Corona. LOL! I just had to apologise and inform them that I hadn't started writing poetry back then. 😛 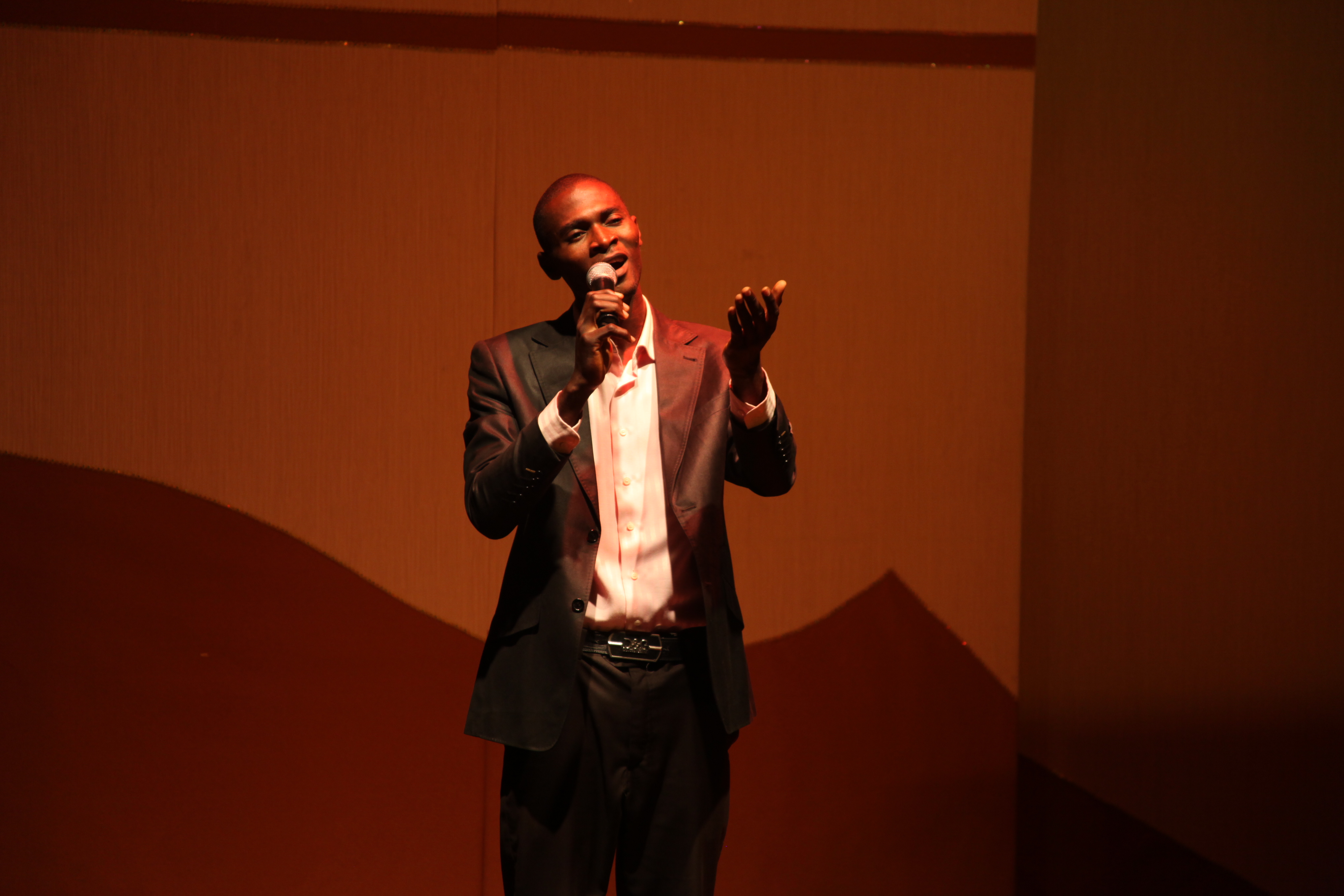 My Heart Says Yes is actually not a single poem but the entire second scene of the dramatisation. It contains five of my mother's poems all of which deal with the subjects of love and desire in various ways. The future, Striding ahead, Crushed, Desire, and Images are the titles of the poems covered.

This scene has to be addressed as a whole because truly the theatre director Mr. William Ekpo did something amazing here. He took the poems and turned them into a conversation between two lovers without a single change in the words - and it all makes perfect sense. While the scene has some deep messages about love, and desire, it also has very playful overtones as you watch the man advance on the woman, the woman feign disinterest, and each of them go through a series of exaggerated emotions.

The playful overtones more than anything are what seemed to appeal the most to everybody. Prompting laughs and giggles and even comments in some cases. The scene as a whole was a joy to watch and more than all the others, I believe it provided an experience that cannot be reproduced by a vivid imagination and a reading of the poems involved. 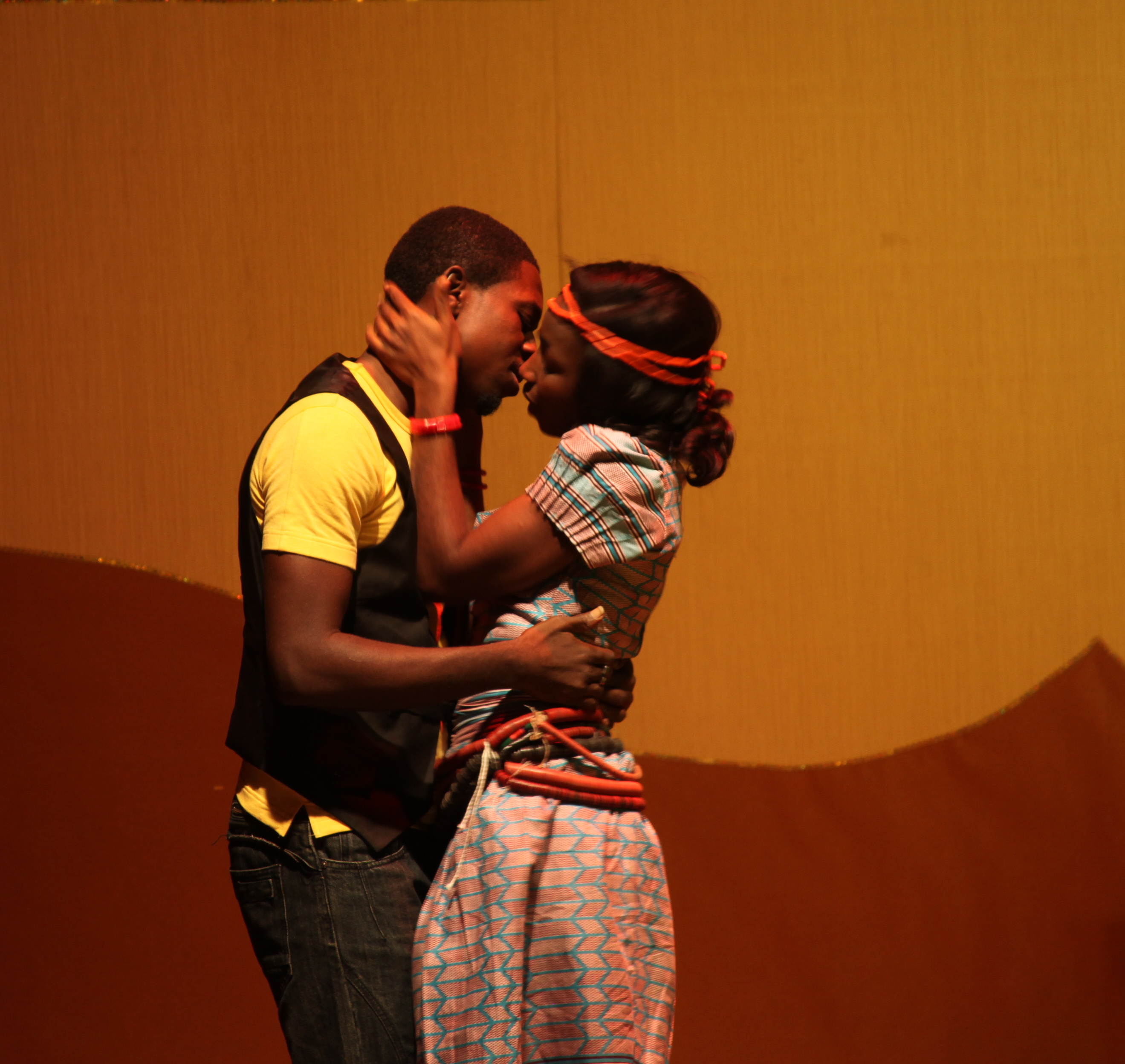 My mother's poem on injustice was written on the 16th of September, 1997 upon the death of Ken Saro-Wiwa - one of Nigeria's greatest political activists. It is a criticism of Nigeria's leaders, urging them to open their eyes and cease their unjust ways. Warning them that a time will come when the people will stand up for themselves, reminding them that in life all things must eventually balance out.

The poem was made even more poignant by it's performance against a backdrop of South African cultural dance. With Seun Ajayi and Seun Kentebe playing the roles of two activists speaking out against the government. Recalling to our minds the injustices of Apartheid and the persecution of Nelson Mandela

There was almost no noise during the performance of this poem as people were drawn back to reality and into a reflective state of mind. We were reminded that not all is fun and games in life and it is my hope that its message was not lost on the students who attended. In as much as I am sure it was a message appreciated by the teachers escorting them. 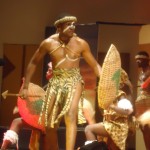 My poem on democracy was written two years later in 1999 and left untitled. It is my own attempt as a young child to say many of the same things my mother had said two years before in her poem "Injustice". In fewer verses and with a lot less depth, I caution against the dreadful fate of Nigeria should we continue with the status quo and I let the leaders know that a democracy is what the people want.

Performed immediately following "The Spoils of War", this poem was given a deeper meaning as a speech given in the aftermath of war by a distraught citizen (Seun Ajayi). The apparent simplicity of the poem when read then comes across as only the result of a loss for words due to distress when performed on stage - thus making the poem that much more meaningful in the presented context.

As with all political criticisms in Nigeria, this poem calls us back to those days of Military Rule when things were worse. I am not sure how many of the students at the matinee were even cognisant in 1999 when even I was but a child myself. I do wish they could have seen it performed at the Command Performance though because this act matured noticeably between it's first and last showing. 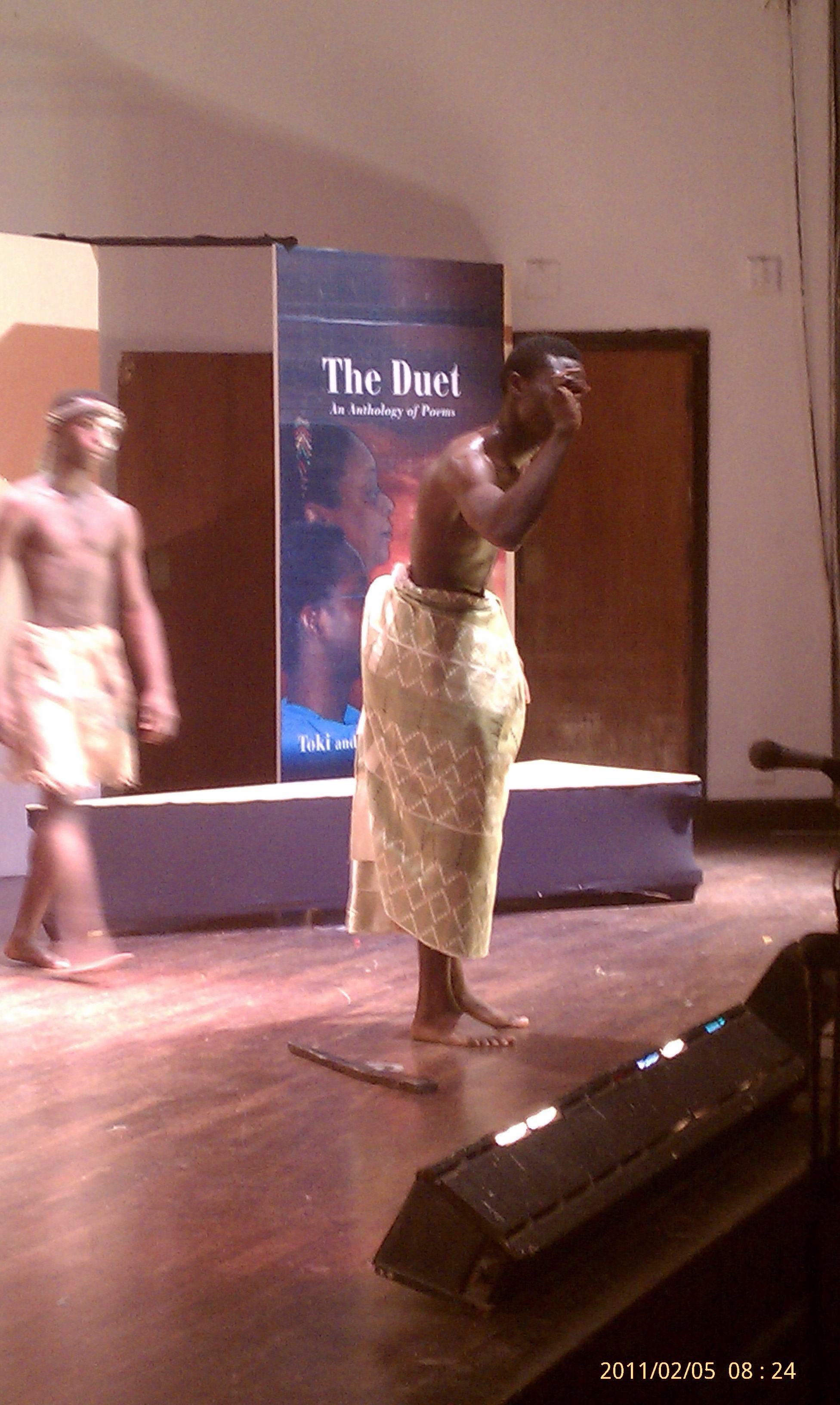 The $100 Startup by Chris Guillebeau renewed my belief in the idea that I could start a profitable venture with just the skills I have, doing just the work I enjoy, with a little bit of money, and a lot of well-placed effort.

My Grandfather passed away on August 4th, 2022, and so far, I have not been able to write in prose about it. So please accept my little poem.

Just hear me out and decide for yourselves.