The Secret Lives of Baba Segi's Wives is the first book by Lola Shoneyin (Daughter in-law of Wole Soyinka according to my father) I do so hate name dropping but if it will make you buy her book and chance a read then why the hell not? I'm sure her story will win your interest of it's own accord and not because of her father-in-law's reputation.

This book was a gift from my dear friend (yes, the same one I mentioned earlier) during our first meeting after my arrival in Nigeria. She said her friend had stayed up all night reading it and proclaimed how much of a "page turner" it was. The store clerk backed her up by saying it was all the rage now. As for me, I was sceptic.

It's not often that what girls consider to be "page turners" spark my interest. For one thing I have never read a Mills and Boon novel or novelette in my entire life and I hope I never will. Pride and Prejudice? Ha! I scoff at your feminine trash. Never read it either. Romance for me only serves as a garnish to action and adventure, it is not to be the subject of an entire book.

Okay, okay... So that's just the macho front I put on. It is true that I never read Pride and Prejudice but I watched it and it moved me to tears. As did The Titanic, and as have a host of other "feminine trash" I have watched. The Mills and Boons statement still stands though. While romance and tragedy may move me, there is definitely no place for lasciviousness in my reading - again, other than as an aside to more action and adventure. So yes, I do scoff at your "feminine trash". But not because it is trash. Simply because I don't like to be moved so strongly. It's disconcerting.

Now back to this debut novel by Lola Shoneyin. It is a tale about a polygamous home and the secrets that lie within it. A tale that in its telling also talks about the dangers of poverty, illiteracy, and the Seven Deadly Sins.

It tells the story of a successful man who by all accounts is a kind man, a good father, and a fair husband to his three wives. These three wives are however women scarred to varying degrees by their pasts and who in one way or another had had their life's plans dashed to the ground sometime before marrying Baba Segi. These women had despite their early misfortunes in life managed to overcome their circumstances albeit with scars left on their character, and secure a safe haven for themselves and for their children. A safe haven called Mr. Alao aka Baba Segi.

Their safe haven is however in danger of being exposed for the house of straw that it is by the addition of a new wife to the family, and not just any new wife, but a new educated wife. A wife with a degree. A wife that knew things they never would and most of them despised her for it. But most of all they feared the import of her presence.

And so the story follows this new wife, her journey in the Alao household, and the long suffering and eventual healing that it brings. 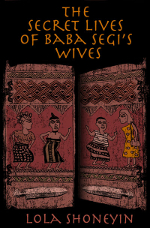